About Us > Brenda’s Bio

Brenda Wadup was born in Toronto in 1957 and moved to several cities including Salem Massachusetts, USA. Brenda has always had a love for animals, in particular dogs. She decided to take a dog grooming course in 1975. She worked from 1975 – present in the grooming industry. In 1978 she attended Intergroom NYC and competed. She took home the Canadian Canine Master Championship.  In between 1979 – 1980 she got married and started a family. She returned shortly after 1980 when Blanche opened up her grooming shop and helped her build her business. Brenda then wanted to build her knowledge in the industry and spent 5 years at Mountain Road Animal Hospital from 1997 – 2002 as an Admin assistant/Vet Technician. She returned to her passion again at her former academy in 2002 until 2012. In 2012 Brenda started Wizard Of  Pawz Dog Grooming and never looked back. It has now become a grooming academy. Brenda has built a large clientele and her mother Blanche still works side by side with her part time for her.  Brenda brings 41 years of experience and knowledge to the industry. 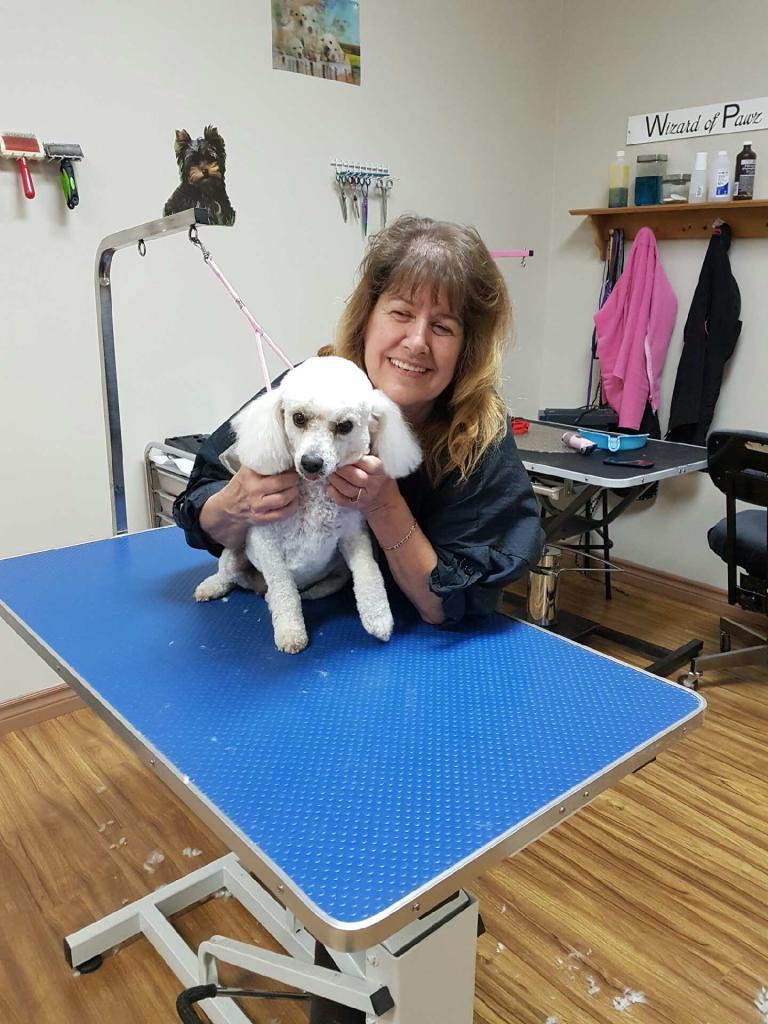